Trump Said He’d Force Governors to Open Churches ‘Right Now,’ Even Though That’s Not a Thing He Can Do 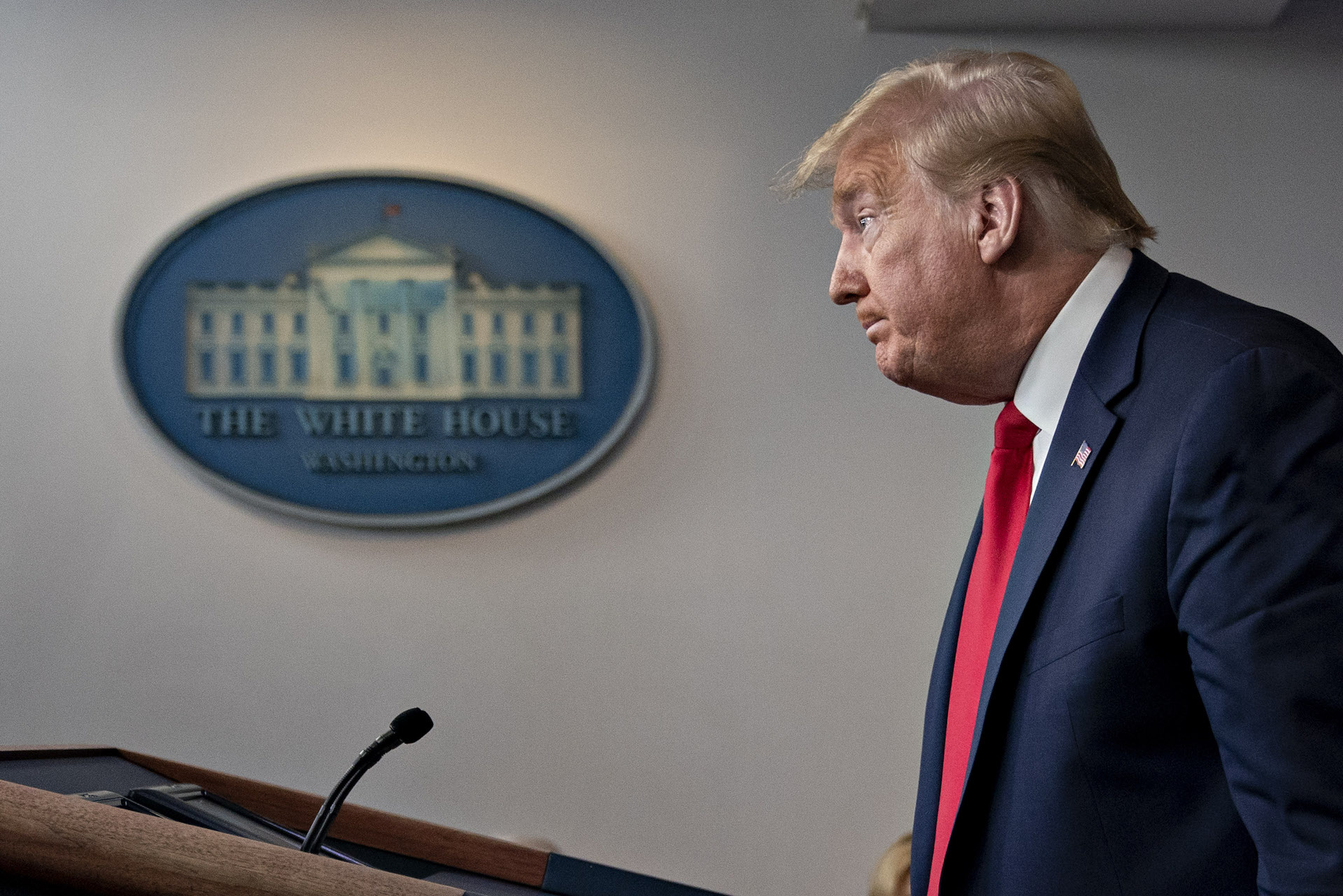 Moments later, from the same podium, his top aides warned that doing so could be risky and said the decision was really up to governors and religious leaders — because Trump was really just expressing his opinion.

Trump’s bombastic remarks and the confusing spectacle that followed look likely to further inflame the debate over church gatherings, which Trump said he’s now deeming “essential services” even though he doesn’t have the power to do that.

Some religious leaders have protested state orders to remain closed, and Trump’s Department of Justice has in several cases sought to back them up in court.

The mixed messages about church services on Friday reflect the broader confusion about reopening the country coming from Trump’s White House, which has left the big decisions up to governors while exhorting them with contradictory advice.

A report released this week by Trump’s own Centers for Disease Control and Prevention highlighted the danger church services can pose to their congregations by noting that among 92 people attending a rural church in Arkansas in March, 35 caught COVID-19 and 3 died.

Trump insisted Friday that churches be allowed to open this weekend, and warned governors he’d bend them to his will if they refused.

READ: Trump’s favorite coronavirus drug is linked to a higher rate of death and heart problems

“I call upon governors to allow our churches and places of worship to open right now. If there’s any question, they’re going to have to call me. But they’re not going to be successful in that call,” Trump said. “If they don’t do it, I will override the governors.”

Trump then stepped off stage, taking no questions. And the next two speakers, both high-ranking White House officials, directly undercut his message.

White House coronavirus response coordinator Deborah Birx warned that the unrestricted church services Trump is calling for might not be safe in places that still have bad outbreaks of the new coronavirus, which causes the disease known as COVID-19, for people with pre-existing health problems.

“Maybe they can’t go this week if there’s a high number of COVID cases,” Birx said. “Maybe they wait another week.”

Birx was followed by Trump’s White House press secretary, Kayleigh McEnany, who told reporters that the decision to reopen churches was, yes, still one for the states, and that Trump was pretty much just expressing his preference.

“That’s up to the governors,” McEnany said. “The president will strongly encourage every governor to allow their churches to reopen.”

Asked what Trump meant when he threatened to “override” governors, McEnany dismissed the idea as a “hypothetical question,” before adding, confusingly, that the decision would really be made by church leaders.

“We’ll leave it to faith communities to reopen,” she said. “I think we can all hope that, this Sunday, people are allowed to pray to their God across this country. That’s a good thing.”

Cover: U.S. President Donald Trump pauses after speaking during a news conference in the Brady Press Briefing Room of the White House in Washington, D.C., U.S., on Friday, May 22, 2020. (Photo: Andrew Harrer/Bloomberg via Getty Images)