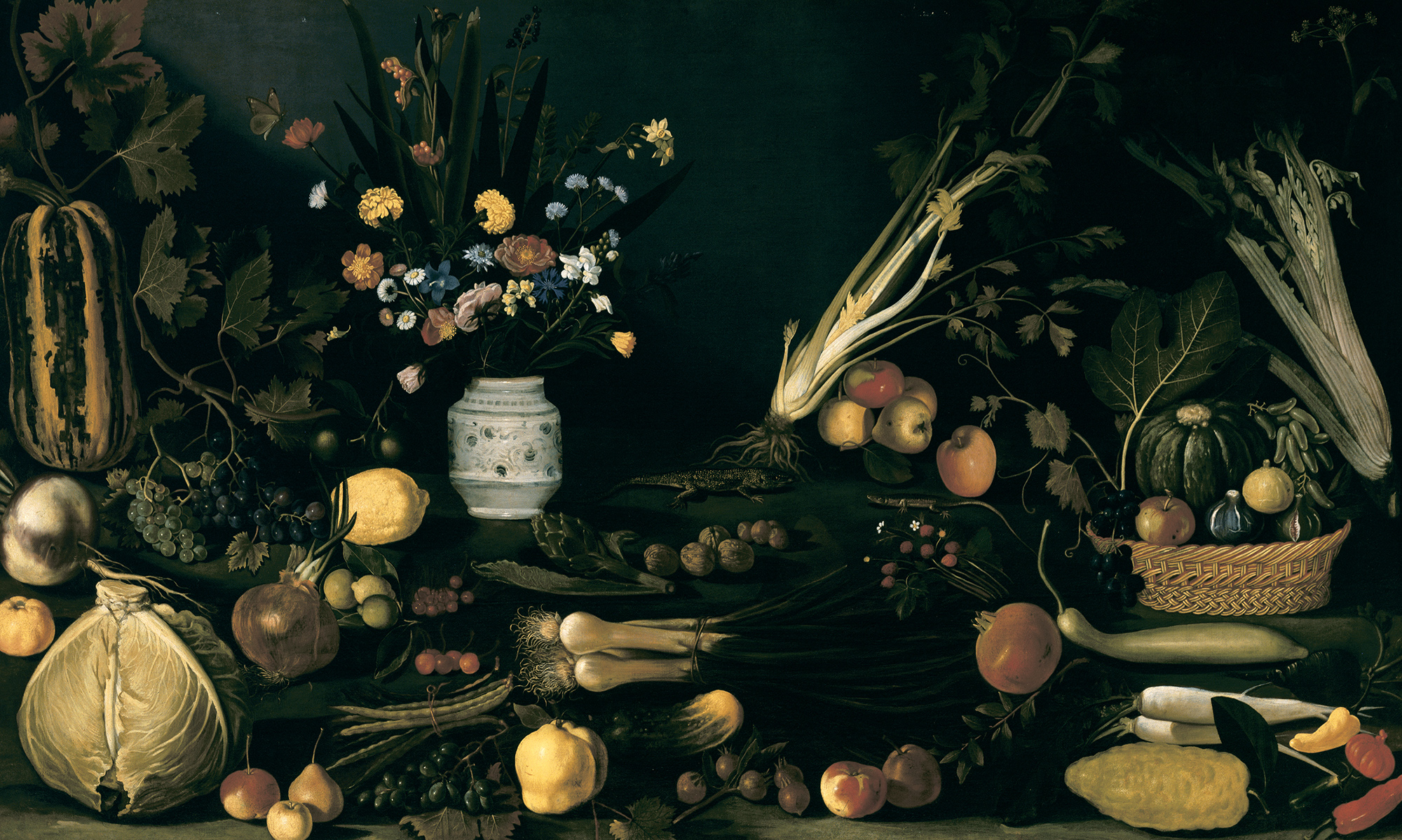 Art historians have literally spent several hundred years poring over the dozens of symbols, allegories, and intentions in the three panels of The Garden of Earthly Delights, painted by Hieronymus Bosch sometime in the late 15th or early 16th century. The triptych shows a blissed-out Adam and Eve in its first panel, an orgiastic tangle of assorted pleasures in the center, and a terrifying third scene that depicts a dark hellscape where humans are tortured and devoured whole by a bird-headed being (and at least one person ends up with a woodwind instrument in his ass).

Weirdly, strawberries are so plentiful in the middle panel that one historian named the entire thing “Strawberry Plant,” while it was listed as “The Strawberry” in a late 16th-century inventory of Philip II of Spain’s art collection. The meaning and importance of the strawberries—most of which are bigger than the naked humans trying to eat them—has been debated. But, size aside, a biologist and an art historian have agreed that Bosch did paint a pretty accurate 16th-century strawberry.

Ive De Smet, a plant biologist at VIB-UGent Center for Plant Systems Biology in Belgium, and David Vergauwen, a Belgian art history lecturer, have been studying the fruits and vegetables depicted in paintings and using those artworks to determine how plant-based foods have evolved over the course of hundreds, if not thousands, of years. They’re calling this approach #ArtGenetics.

“Plant-based food is lavishly depicted by thousands of artists throughout the ages and offers a vast and unique insight into the stunning evolution in shapes and colors of our modern-day groceries,” they wrote in an article published in the journal Trends in Plant Science. “Capturing this information can demonstrate when and where particular varieties emerged, how common they were, and what correlation existed between food habits, trade routes, and newly conquered lands.”

It all started with a discussion about an oil painting in a St. Petersburg museum. The duo stared at Frans Snyders’ Obststand (The Fruit Stall), trying to ID all of the fruits that were spilling out of the vendors’ baskets. According to DW, Vergauwen pointed to one weird-looking melon and suggested that maybe that’s what watermelons looked like at the artist’s time, while De Smet suggested that maybe he was just crap at painting fruit.

Frans Snyders’ “Allegory of the Earth.” Photo by © Alinari Archives/CORBIS/Corbis via Getty Images

When Vergauwen said that Snyders was actually quite talented, they started to consider that paintings could be valuable resources for tracing how the appearances of fruits and vegetables have changed over the years.

“It’s a bit of an out-of-control hobby for me,” De Smet said. “We may have some of the genetic code for certain ancient plants, but often not well-preserved samples, so looking at art can help put these species on a time map and track down their evolution.”

In their paper, the two write that paintings and sculptures can be considered the “world’s largest historical database” of fruits and veggies, as well as nuts, seeds, grains, and legumes. Examining artwork is also cheaper and more accessible than archaeological studies, and less reliant on context and language limitations than written descriptions in historical texts. (“How was an orange item described in the 10th century, since the word ‘orange’ to describe the color was only used from the 15th century onwards?” they write.)

Some of the biggest challenges they’ve faced so far are just the low-res pictures in some museums’ online catalogs, and the lack of fruit-and-veg-related keywords and search terms. As a result, they’re asking the rest of us to share pictures of art “collected from [our] own trips to a museum, castle, or mansion” so they can build their own open-access database.

No need to send your pics of Bosch’s freakishly big strawberries: They seemed to have figured those out already.