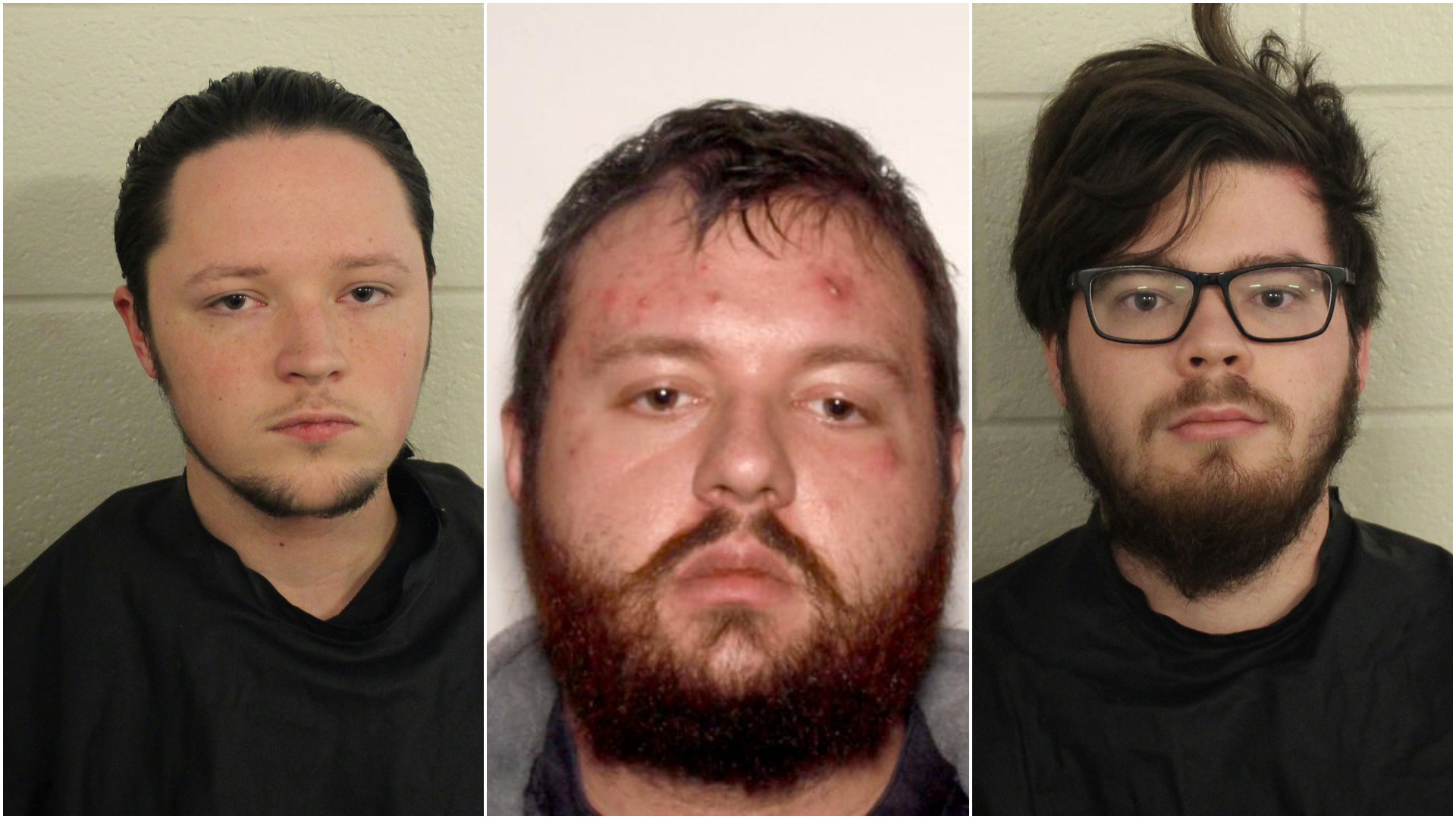 Three men in Georgia allegedly associated with the neo-Nazi terror group The Base have been arrested and charged with conspiracy to commit murder.

Luke Austin Lane, Micheal Helterbrand, and Jacob Kaderli were arrested on Wednesday over a plot to kill an “Antifa couple” in Georgia. The arrests of the three young man bring the total of Base members arrested this week to six.

The affidavit surrounding the arrests paints a dramatic story in which an undercover agent infiltrated the Georgia cell of the neo-Nazi terror group and learned how the group planned to kill a couple. The affidavit shows Lane, known as TMB (The Militant Buddhist), as the leader of the group, who would organize meetups on his father’s property in Silver Lake, Georgia.

According to the affidavit, the undercover officer joined on July 19 and would meet up, create propaganda, and train with them. That changed in October, when the group began discussing murder with a member of The Base who “crossed into the United States illegally.” (This is almost certainly the recently-arrested Patrik Mathews.) The group discussed the best weapons for “a future attack” and hinted at possible assassinations to the undercover officer.

Over time, the undercover officer learned more about the potential murders. It was to be against an Antifa couple not connected to the group, and meant to signify that anti-fascist activities have consequences. The group wanted to have one member guard the door with a rifle while others went inside, shot the victims in the head, and burned down their home. At one point the undercover officer drove two of the men to the house to help them plan a strategy for the killings.

Eventually, according to the affidavit, the plot grew to include the member of The Base who was in the U.S illegally, as well as a member in Maryland who knew of the plot because they knew of the plan and were not considered “competent” or trustworthy for the group. The group was planning on conducting the murders in February and had to push them back several times due to one members’ bad back.

Do you have information about far-right extremists and groups including The Base? We’d love to hear from you. You can contact Mack Lamoureux securely on Wire at @mlamoureux, or by email at [email protected]

Lane also was in charge of a sub-group within the Base that was to eventually work as a hit squad. When discussing what the group would do if they encountered children when committing the murders, Helterbrand allegedly responded with, “I mean I have no problem killing a commie kid.”

Josh Fisher-Birch, an analyst for the Counter Extremist Project, told VICE that these arrests show “just how dangerous the Base is.”

“This is a group that has discussed, planned, and trained for acts of murder and terrorism,” said Fisher-Birch. “Not only did their cell host the Georgia training camp that Patrik Mathews attended, but according to law enforcement they were planning to murder two anti-fascist activists in a home invasion to send a message to their opponents. The Base must be prevented from organizing and planning future attacks.”

A press release issued by the Floyd County Police Department states that the Atlanta office of the FBI conducted the “bulk of the preliminary investigation.” You can read a copy of an affidavit supporting the charges against the accused here: