Even ‘Wholesome’ Games Can (And Should!) Make You Feel Terrible 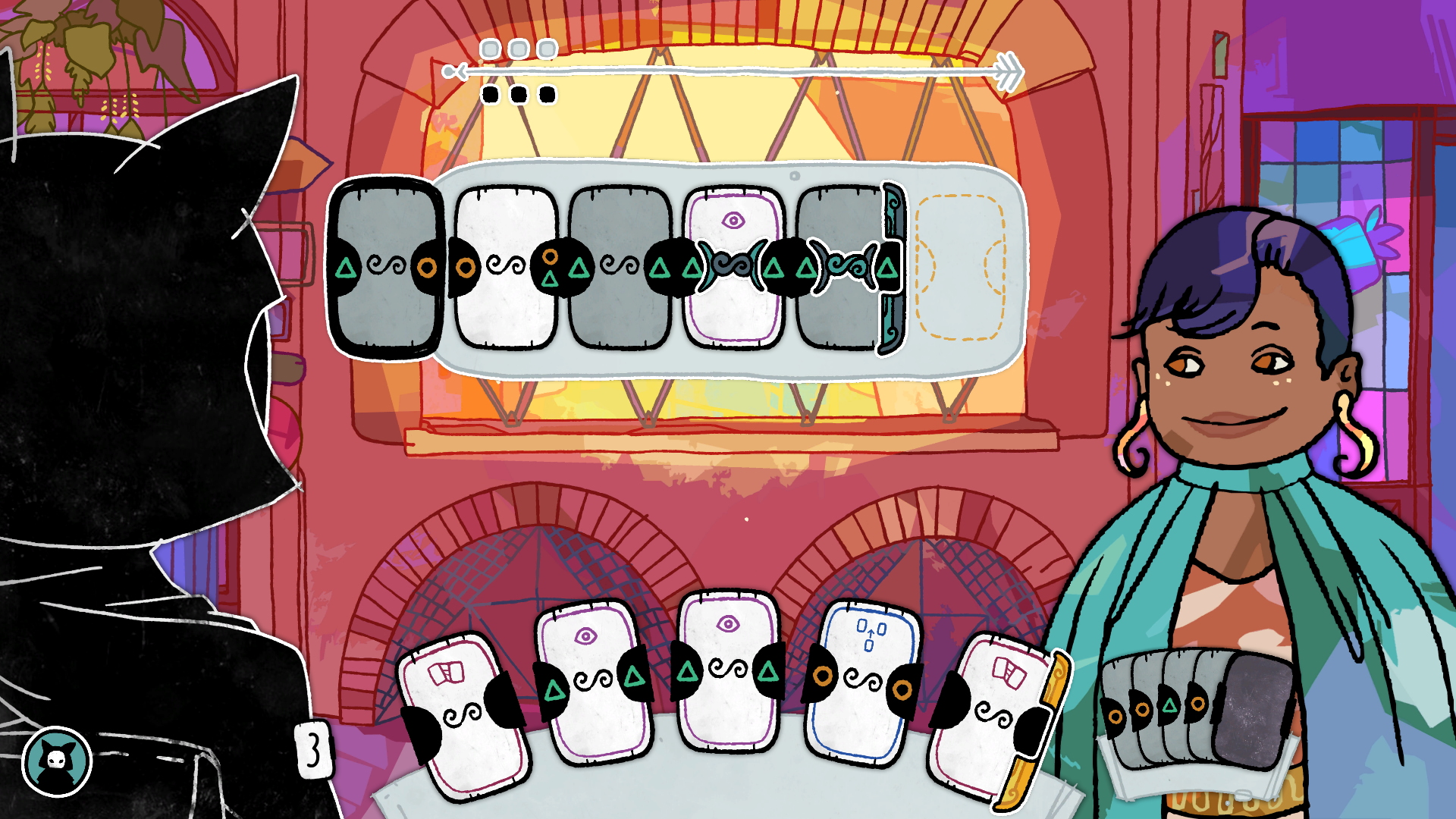 The Violent Video Game has become a well-worn trope. The idea that games are mostly murder-simulators is a thought that still pervades the mainstream awareness of games, even if over a billion people have probably played Candy Crush. Even though “non-violent” games have existed for as long as the medium has, that generalization has caused certain sections of the games industry to develop a new umbrella term in response to the “violent” game: the “wholesome” game.

Unfortunately, as is with any categorization that paints with a broad brush, the definition of “wholesome” is nebulous to the point of being useless. Is aesthetics the only thing that makes a game wholesome? Does emotional conflict fit neatly with the idea of wholesome, even if sometimes that conflict can be painful? We consider these questions as part of our discussion of Signs of the Sojourner, a card-based conversation game with a light aesthetic but heavy emotional themes, on this week’s Waypoint Radio. You can listen to the full episode and read an excerpt below.

Austin: There are moments in this game that are literally unwinnable. So if you have a hand of circles and triangles and the person you’re talking to is squares and diamonds–

Patrick: There’s no way to reconfigure it, [it’s just] “hey, you just don’t have the deck for it.”

Austin: I don’t have it, it’s just not going to happen. But it’s even more frustrating when you can almost do it, or when you make a missplay—fuck, it’s the most It feels like fucking up in a conversation I’ve ever played in a video game. I’m sure you had this experience with a partner or with a family member where you’re like “we can’t connect, you’re not listening to the words I’m saying. I’m saying x, you’re hearing y, I promise I’m saying x, and you’re telling me you’re hearing y. I can’t deal with this,” and this game gives you that feeling, which is a hearty recommendation, two thumbs up from Austin Walker, it makes you feel like that time you got in that fight you hated.

Patrick: This is less true of Jessica now she’s almost four and pretty much expresses most of what she wants to say very articulately—even as her vocabulary is expanding really quickly—but a two year old, where they’ve got a couple of words, they’re like just starting to mentally come around, and they’re asserting themselves enough to know that they’re trying to tell you something, and [like] in the metaphor of the game, just don’t have the cards in their deck. They know, in their heart, if we could translate the baby speak, they could explain. Dogs are similar, too. When you have that language barrier, it is so [frustrating, but] it’s also really satisfying when you manage to put it together! The amount of times with my kids where [my wife and I] will turn to each other and go “Fuck, that was it?! If we’d known that half an hour ago, we would have been great!” But instead it’s been a nightmare for 30 minutes. So to be so close but so far can be really frustrating for both sides.

What’s the length of a playthrough?

Austin: I played through the whole thing in about three or four hours?

Austin: It is on Switch, yeah. And again, the reason I think people say it’s chill and it has cool vibes is because it does have cool vibes. The music is incredible, the art design is incredible, the world is really cool, it’s cool to learn about these different cities and like what their vibe is, but boy. A couple other things that come to mind with what you just said. Eventually some stuff happens where certain people have grief in their decks, and grief is a unique new symbol type that just works its way into people’s decks, and the only thing that connects to it is grief, you can connect grief to grief, but you don’t want to walk around with grief because there’s all these people who aren’t fucking sad. And if you’re sad, you can only connect with [people with grief], which is great! It’s very direct, but it’s very good.

The other thing is, there are cards that are just “duplicate the last thing said to you,” which is great if it’s circle/circle, because then you get circle, circle, circle, circle. And when that happens, you get a backstop that prevents a failure from failing that part of the conversation, it defends you. But you can’t repeat back triangle circle to someone, they’ll know it feels wrong, and that also feels like the best example of [meeting] someone at a convention and you try to [figure out] “Okay, what mode do I have to be in? How do I just repeat back what they said to me to them in a way that makes them feel like we’re on the same wavelength?” Those abstractions of what conversation look like are very good.

Rob: I think this came up a little bit around like the wholesome games conversation, where I think one of the side effects of games almost being exhaustingly introspective about the prevalence of violent themes and open physical conflict themes being the centerpiece of games, is everything tends to be defined oppositionally to that. And there’s an aesthetic element to this, I’m looking at the video, this does have very cute art in some ways, but the other thing is [the idea of] “oh it’s a game about talking to people and connecting, that’s pretty chill, there’s not a lot of conflict there.” There’s tons of conflict here! It’s just a different mode of conflict, and anyways it’s a more painful form of conflict, but [with] games we tend to think “well if you’re not shooting anybody, that’s a positive thing, that is a positive and affirming experience.”

Rob: Yeah. It sounds like this game does a very effective job of getting at the tragedy of missed connections and miscommunication that happens between people of goodwill, which is a thing that games struggle to bring out. The model we see the most is dialogue trees, but those are a really blunt force solution to that, where still the author is in there pulling strings to really directly make things happen, but then usually dialogue trees, for the most part, they’re not really trees they’re circles, and then there’s a couple spokes coming off of them that point in different directions that are clearly labeled. What you don’t get is this clear “I can’t connect with this person anymore. I want to, but also we’re just different.” And that is a sort of sting or defeat that is very different from what we see in games and is pretty far from chill.

This transcript was edited for length and clarity.

Interaction with you is a big part of this podcast, so make sure to send any questions you have for us to [email protected] with the header “Questions.” (Without the quotes!) We can’t guarantee we’ll answer all of your questions, but rest assured, we’ll be taking a look at them.

Have thoughts? Swing by the Waypoint forums to share them!